The Panasonic S1 sensor is awesome, I suspect in part as it uses the same Sony sensor the A7III uses. There is not a lot difference between the tested results for these cameras.

The S1R is, well, different. The first sign there is no shared sensor with any Sony camera is the MP count. Sitting at 47.3 it is quite unique in the 40MP+ space.

So how does it compare in the 40MP plus space? Well I’m not going to lie, It’s not as good as the competition. Canon still performs the worst, and assuming the S1R is not doing any in camera NR it is better than the GFX-50S at 1 second, however at 30 seconds the GFX is better.

At 5 minutes (300 seconds) the noise reduction kicks in which is clearly visible. It looks very similar to the Fuji and Olympus cameras and their NR algorithm. The noise mean drops below the 1 second results at 5 minutes and the noise colour profile changes significantly.

There is no point me comparing it to all the other models in the 40MP+ space as all are better for low light / long exposure work based on my basic test, at least from a noise perspective. In fact older models such as the A7RII seem to perform better. However, how the camera performs in regards to dynamic range I can not say.

What I will say is this camera is a classic example of why I do these tests. Dx0 has this camera equal or above most models for overall image quality. While this may be true for standard exposure times under relatively normal lighting, it is not true for extremely low light and long exposures. For Astro Photography or any other long exposure work the field is nowhere near as close.

So for long exposure work, this is probably not the droid you are looking for. There has been a lot chatter about the A7 mark 3. Both the previous models were excellent low light performers, although there was some discussion in the Astro community they were eating stars. With the introduction of a BSI sensor could this be the camera for you?

Having recently tested the Panasonic S1 I was very interested to see how the A7 III performs, as most people are saying it’s currently a 2 horse race between these two cameras.

Well I happy to say the A7 performs very well, It’s clear that the BSI sensor is much more uniform than previous models and it has significantly less noise.

When comparing it to it’s competition it stacks up very well. It performs very close to the S1, and surprisingly at 5 minutes there is almost nothing in it. The EOS R is the worst of the pack and the A7III is significantly better right across the exposures tested.

I am not sure if the Z6 and the A7III share the same sensor. Getting 100% confirmation on this is very hard, some articles are saying they are the same, while in others the number of raw pixels is slightly different, so maybe they are not. If they are then the 5 minute exposure time could show aggressive NR from Sony. However there have reports that the A7III is not suffering from the star eating problem that previous models had, well not completely it depends on what you read, but it’s better. So you can draw your own conclusions about the Z6 and the A7III sharing the same sensor.

It would be more consistent to conclude the S1 and A7III share the same sensor than the Z6. With many saying this is the case less with only the phase detection pixels removed in the S1. The difference in noise could easily come down to RAW images algorithms, and sensor production variation. It will be interesting to see how the A7RIII and S1R compare.

In my opinion if you currently own Sony gear the upgrade path is a no brainer, the A7III. if you don’t other factors such as cost, lens availability and other camera features are more likely to be a factor if you are leaning to the S1.

It’s also worth noting that ensuring testing temperature is very difficult and this or a future firmware upgrade could easily tip the scales to either the A7III or the S1 or even the Z6. What can be done with a firmware upgrade is amazing. Either way both the A7III and the S1 are excellent long exposure performers and should perform very well.

If you would like to find out more about the Sensor DBclick here. A friend of mine recently purchased an S1, so it was time to test. I must say I’m pretty impressed. The low light sensitivity is generally one par with the Nikon Z6 for what most would consider “Sport” low light photography. Even Dx0 only shows a 4 point (0.011%) improvement on the Z6. Depending on the body you get it could easily fall either way.

So whats so impressive about this camera I hear you say? well, when you start to push this camera to exposures in excess of 1 second at ISO 3200 something very interesting starts to happen. The S1 does not seem to deteriorate any where near as quickly as the competition. At 300 seconds the noise is only slightly worse than the Z6 is at 30 seconds.

The S1 at 300 seconds performs better than the Canon RP at 1 second. Ouch, thats got to hurt Canon. Panasonic have clearly overshot the moon with their new Venus Engine processor and sensor.

The noise profile looks to be “normal”, and I does not look like there is any aggressive NR filtering being performed before additional “in menu” options are enabled, unlike some some cameras like Fuji and Olympus. It would be great to see some real world shots, preferably of stars etc. Even the Sony A7 series is know to eat a few stars.

If you are after possibly the best low light camera at around 24MP this could possibly be it. I’d personally wait to see some astro pictures from this camera, and see what the astrophotographers say. If it’s not eating stars or not very aggressively Panasonic have a real winner here, at least from a long exposure point of view.

I’m very keen to get my hands on a S1R now, as this could be a real cat amongst the pidgins in the 45MP+ range.

If you would like to compare the S1 to more models, or learn more about the sensor database click here. It seems I can’t go a day without seeing this question at least asked once on a Facebook page or in a forum, so I thought I’d create the go to ‘list’ for lenses that are best suited for shooting the night sky and Aurora’s.

Of course there are many factors to consider when purchasing a lens so I have limited the list below to common lenses used and proven in the field. I have structured the list based on the angle of view and the type of body it will be used on either a full frame or crop. I am only focusing on Canon and Nikon, however brand like Samyang are universal, and can be purchased with mounts for Sony and others.

If you are looking for a lens for your camera this list would be a good starting point.

Lenses with a ‘B’ have a bulbous front element and standard 4×6 filters will not fit. A7R II is the buzz word at the moment in the photography circles, with most reviews holding it in extremely high regard. So naturally I had to test the sensor for long exposure noise.

The results can be seen on the long exposure sensor testing page, and here are my thoughts:

There is no doubt, the A7RII is very impressive, considering the size of the sensor it’s delivering much better results than the D810 or the 5Ds(r). It’s performance is generally much better than the older model (A7R) and it’s results are almost identical to the Canon 6D, keeping in mind the 6D is only 20MP one can’t but help be impressed.

One of the reasons I started my long exposure testing was because no one was doing long exposures at high ISO. All the low light tests performed I could find were at best a second, and in most cases much shorter than a second, in some cases as fast as the body could shoot (1/8000th). But sensor behaviour for longer exposures is not consistent, and in some cases it’s not very linear. What is good for sport is not good for astrophotography.

The A7RII’s sensor behaviour is a very clear example of why this test is important. There is no doubt for general low light work or sport this camera is going to be a killer, but what about longer exposures? At 30 seconds the A7RII is holding it’s own, but starting to loose the edge it had at 1 second, and by 5 minutes significant noise has been introduced into the shot, and it looses it edge to many other models. There is no doubt that Long exposure NR enabled would fix some of this, but not all.

So my conclusion is, it’s going to be an awesome camera killing other models for shorter long exposures (1-10 secs), it is going to match the high end models in the 10-30sec range having the benefit of more MP, but for longer exposures other models start to win out including the 5Ds(r), I’ll be very interested to see how this one goes in the field and I think there is the possibility of further testing to understand the ISO to time relationship, for example higher ISO’s for shorter periods could yield better results than lower ISO for longer periods.

Please keep in mind my tests do not take into consideration other factors such as dynamic range (DR) or how linear the ISO relationship is (ISO-less or not). I am purely interested in the noise (floor) and what you will have to deal with in post. 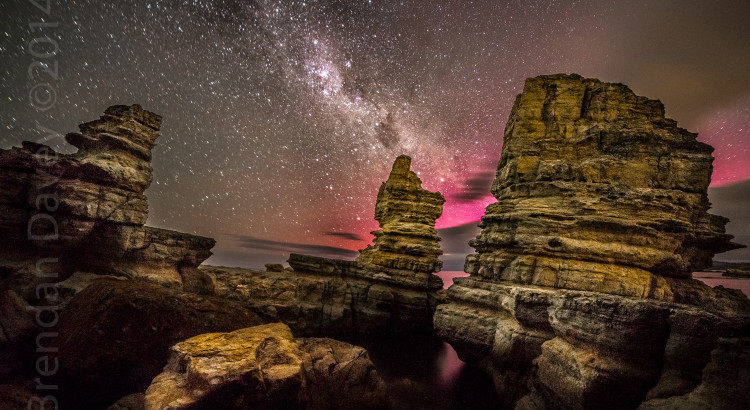